🔹Wishing to be friends is quick work, but friendship is a slow ripening fruit.
Aristotle

🔹Nothing in the world can take the place of Persistence- Talent will not; nothing is more common than unsuccessful men with talent- Genius will not; unrewarded genius is almost a proverb. Education will not; the world is full of educated derelicts- The slogan ‘Press On’ has solved and always will solve the problems of the human race.
Calvin Coolidge

🔹Gratitude is a currency that we can mint for ourselves, and spend without fear of bankruptcy.
Fred De Witt Van Amburgh

🔹The most common way people give up their power is by thinking they don’t have any.
Alice Walker

🔹You only learn to love again when you fall in love again.
Adele

🔹The more man mediates upon good thoughts, the better will be his world and the world at large.
Confucius

🔹Continuous effort–not strength or intelligence–is the key to unlocking our potential.
Winston Churchill

🔹Life is what we make it, always has been, always will be.
Grandma Moses

🔹Only those who will risk going too far can possibly find out how far one can go- T- S.
Eliot

🔹Obstacles are what you see when you take your eyes off your goals.
Brian Tracy

🔹There is always room at the top.
Daniel Webster

🔹As you grow older, you will discover that you have two hands, one for helping yourself, the other for helping others.
Audrey Hepburn

🔹Twenty years from now, you will be more disappointed by the things you didn’t do than by the ones you did do- So throw off the bowlines- Sail away from the safe harbor. Catch the trade winds in your sail- Explore- Dream- Discover.
Mark Twain

🔹Each friend represents a world in us, a world possibly not born until they arrive, and it is only by this meeting that a new world is born.
Anais Nin

🔹A loving heart is the beginning of all knowledge.
Thomas Carlyle

🔹The highest function of love is that it makes the loved one a unique and irreplaceable being.
Tom Robbins

🔹It is not the mountain we conquer, but ourselves.
Sir Edmund Hillary

🔹Be nice to people on the way up, because you may meet them on the way down.
Jimmy Durante

🔹It’s a dead–end street if you sit around waiting for someone else to tell you you’re OK.
Michael Pitt

🔹The best love is the kind that awakens the soul and makes us reach for more, that plants a fire in our hearts and brings peace to our minds- And that’s what you’ve given me- That’s what I’d hoped to give you forever.
Nicholas Sparks

🔹Example is not the main thing in influencing others- It is the only thing.
Albert Schweitzer

🔹Life is really simple, but men insist on making it complicated.
Confucius

🔹Gratitude turns what we have into enough and more- It turns denial into acceptance, chaos into order, confusion into clarity–it makes sense of our past, brings peace for today, and creates a vision for tomorrow.
Melody Beattie

🔹Identity is a prison you can never escape, but the way to redeem your past is not to run from it, but to try to understand it, and use it as a foundation to grow.
Jay Z

🔹The man on top of the mountain didn’t fall there.
Vince Lombardi

🔹Be sure you put your feet in the right place, then stand firm.
Abraham Lincoln

🔹You can waste your lives drawing lines- Or you can live your life crossing them.
Shonda Rhimes

🔹Opportunity is missed by most people because it is dressed in overalls and looks like work- Thomas A.
Edison

🔹I don’t know the key to success, but the key to failure is trying to please everyone.
Bill Cosby

🔹If you want a confidence, act as if you already have it- Try the “as if” technique.
William James

🔹Be where you are; otherwise you will miss your life.
Buddha

🔹Choose to be optimistic, it feels better.
Dalai Lama

🔹I don’t believe in happy endings, but I do believe in happy travels, because ultimately, you die at a very young age, or you live long enough to watch your friends die- It’s a mean thing, life.
George Clooney

🔹To love at all is to be vulnerable- Love anything and your heart will be wrung and possibly broken. If you want to make sure of keeping it intact you must give it to no one, not even an animal. Wrap it carefully round with hobbies and little luxuries; avoid all entanglements- Lock it up safe in the casket or coffin of your selfishness- But in that casket, safe, dark, motionless, airless, it will change- It will not be broken; it will become unbreakable, impenetrable, irredeemable.To love is to be vulnerable-
C-S. Lewis.

🔹Don’t let the fear of losing be greater than the excitement of winning.
Robert Kiyosaki

🔹The only way to do great work is to love what you do.
Steve Jobs

🔹Love is a promise. Love is a souvenir- Once given never forgotten, never let it disappear.
John Lennon

🔹I have learned to seek my happiness by limiting my desires, rather than in attempting to satisfy them.
John Stuart Mill

🔹I owe my success to having listened respectfully to the very best advice, and then going away and doing the exact opposite- G- K.
Chesterton

🔹Keep your eyes on the stars, and your feet on the ground.
Theodore Roosevelt

🔹You don’t run 26 miles at five minutes a mile on good looks and a secret recipe.
Frank Shorter

🔹If the decisions you make about where you invest your blood, sweat, and tears are not consistent with the person you aspire to be, you’ll never become that person.
Clayton M. Christensen

🔹Just because you made a mistake doesn’t mean you are a mistake.
Georgette Mosbacher

🔹What is love? I have met in the streets a very poor young man who was in love- His hat was old, his coat worn, the water passed through his shoes and the stars through his soul.
Victor Hugo

🔹What sculpture is to a block of marble, education is to the human soul.
Joseph Addison

🔹The art of living lies less in eliminating our troubles than growing with them- Bernard M.
Baruch

🔹The sales compensation plan is Batman, the sales contest is Robin.
Mark Roberge

🔹When one door of happiness closes, another opens; but often we look so long at the closed door that we do not see the one which has been opened for us.
Helen Keller

🔹When everything seems to be going against you, remember that the airplane takes off against the wind, not with it.
Henry Ford

🔹Whatever you can do, or dream you can, begin it- Boldness has genius, power and magic in it.
Johann Wolfgang von Goethe

🔹Go big or go home- Because it’s true.
What do you have to lose? Eliza Dushku

🔹Knowledge is being aware of what you can do- Wisdom is knowing when not to do it.
Anonymous

🔹The most valuable of all talents is that of never using two words when one will do.
Thomas Jefferson

🔹Life is what happens to you while you’re busy making other plans.
John Lennon

🔹Everything you’ve ever wanted is on the other side of fear.
George Addair

🔹Men are a luxury- Not a necessity.
Cher

🔹If a tree dies, plant another in its place.
Carl Linnaeus

🔹No person is your friend who demands your silence, or denies your right to grow.
Alice Walker

🔹It’s no longer about interrupting, pitching and closing- It is about listening, diagnosing and prescribing.
Mark Roberge

🔹If you don’t feel you have something to prove every day, you’ll never improve.
Billy Donovan

🔹Be thankful for what you have; you’ll end up having more- If you concentrate on what you don’t have, you will never, ever have enough.
Oprah Winfrey

🔹A friend knows the song in my heart and sings it to me when my memory fails.
Donna Roberts

🔹The beautiful thing about setbacks is they introduce us to our strengths.
Robin Sharma

🔹Constant effort and frequent mistakes are the stepping stones to genius.
Elbert Hubbard

🔹If you can’t describe what you are doing as a process, you don’t know what you’re doing.
Edward Deming

🔹People who wonder if the glass is half empty or full miss the point- The glass is refillable.
Unknown

🔹What lies behind us and what lies ahead of us are tiny matters compared to what lives within us.
Henry David Thoreau

🔹Argue for your limitations and, sure enough, they’re yours.
Richard Bach

🔹I don’t want to get to the end of my life and find that I lived just the length of it- I want to have lived the width of it as well.
Diane Ackerman

🔹Don’t let someone who gave up on their dreams talk you out of going after yours.
Zig Ziglar

🔹Don’t settle for what life gives you; make life better and build something.
Ashton Kutcher

🔹Curiosity about life in all of its aspects, I think, is still the secret of great creative people.
Leo Burnett

🔹And the day came when the risk to remain tight in a bud was more painful than the risk it took to blossom.
Anais Nin

🔹Exercise should be fun, otherwise, you won’t be consistent.
Laura Ramirez

🔹We don’t see things as they are, we see them as we are.
Anais Nin

🔹It is our choices that show what we truly are, far more than our abilities- J- K.
Rowling

🔹Whatever you are, be a good one.
Abraham Lincoln

🔹You never really learn much from hearing yourself speak.
George Clooney

🔹At times, our own light goes out and is rekindled by a spark from another person- Each of us has cause to think with deep gratitude of those who have lighted the flame within us.
Albert Schweitzer

🔹It ain’t over ’til it’s over.
Yogi Berra

🔹Nothing is really work unless you would rather be doing something else- James M.
Barrie

🔹Never give up on a dream just because of the time it will take to accomplish it- The time will pass anyway.
Earl Nightingale 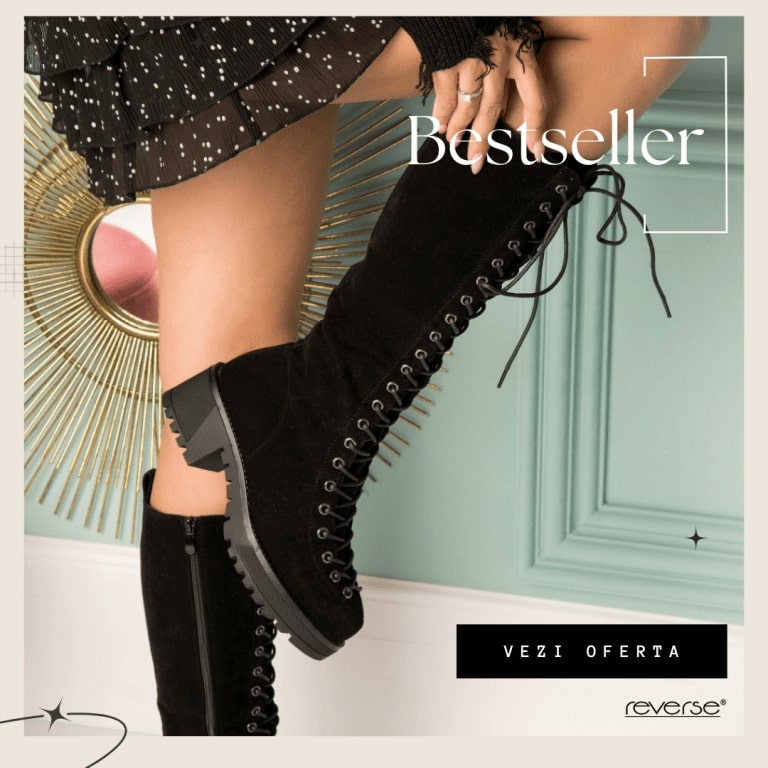 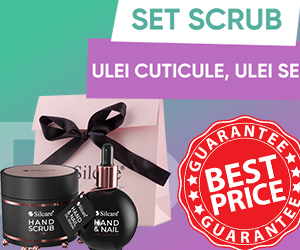 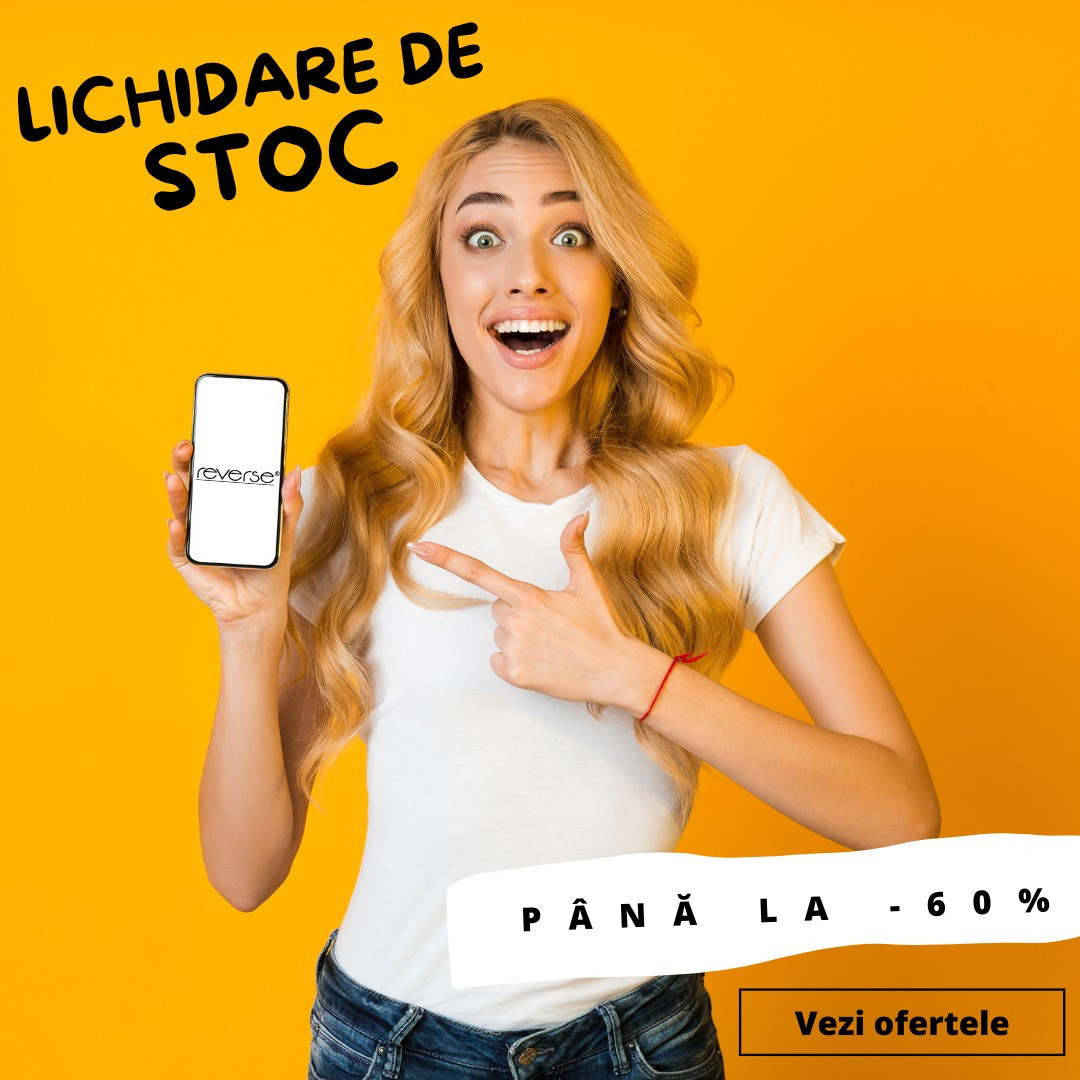 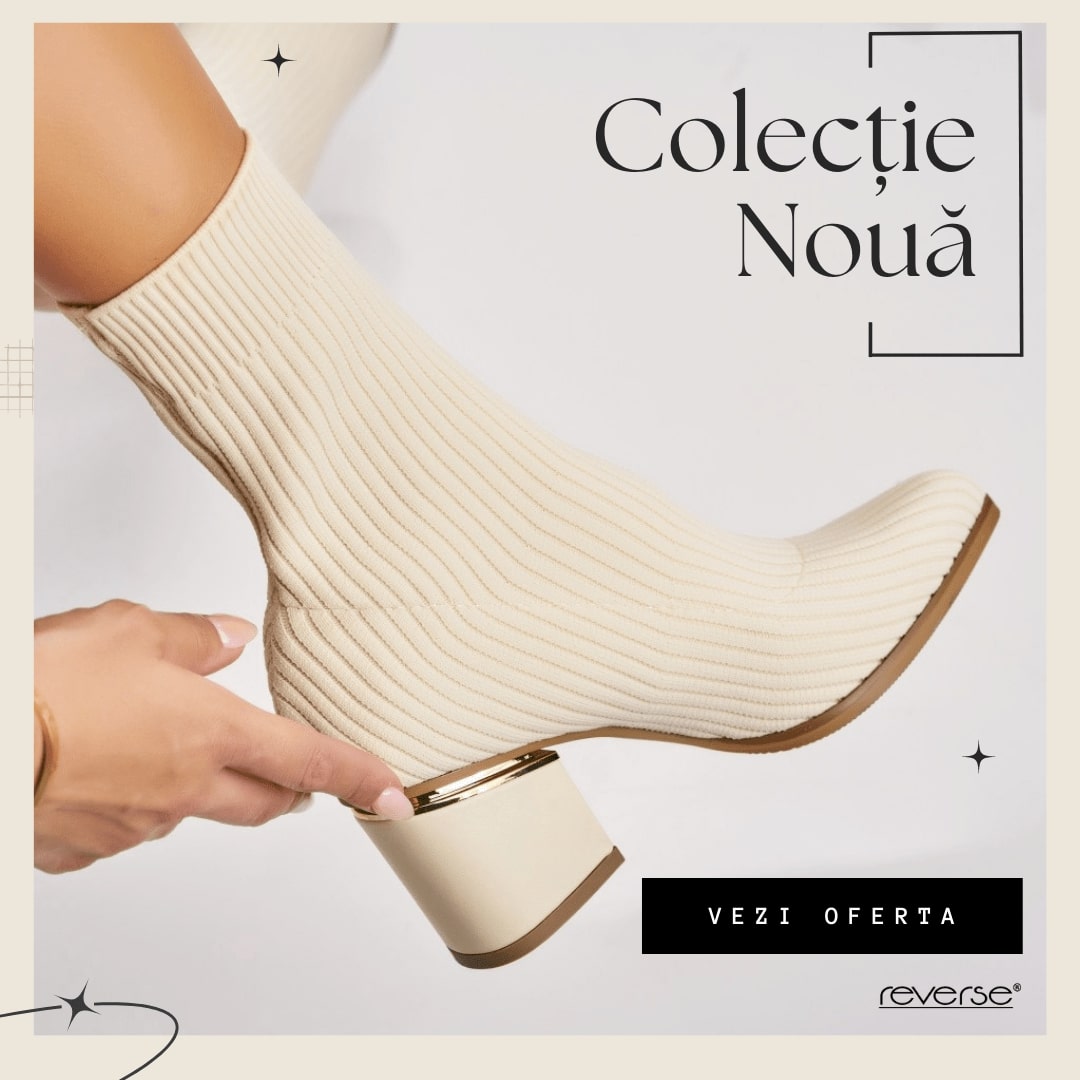 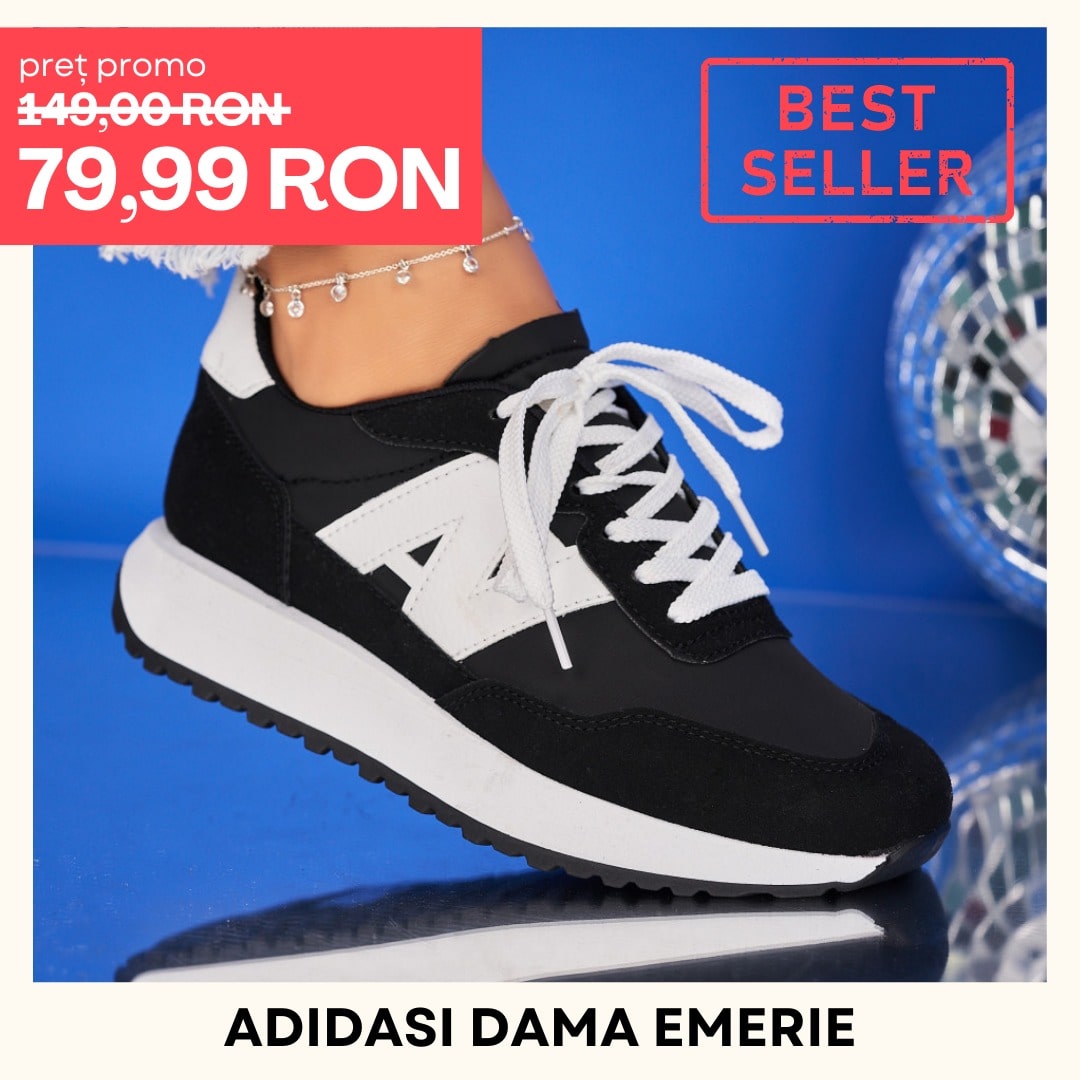